Prof. Simons, you’ve been living and working in Dresden for more than 20 years now. Why did you come here?

In the 1990s, the Max Planck Society decided to establish new institutes in East Germany, one of which was for molecular life sciences. Back then, I worked as a cell biologist in Heidelberg and accepted the offer to participate in establishing the institute. At first, Halle and Jena were under consideration as potential sites, but I thought that Dresden was the better choice. Here in particular I saw the opportunity that not just an institute, but actually an entire research landscape could arise. Biotechnology was something brand new in East Germany and an exciting challenge for me that really appealed me.

But you weren’t alone when the new institute was set up.

We started out as a team; that was the condition. Marino Zerial, Wieland Huttner, Anthony Hyman, and I as the founding directors had similar visions; instead of separate departments, we wanted to create, above all, a network structure that would be based on communication and synergies. Another important person in our team was Ivan Baines who supported the establishment as an outstanding scientific administrator.

In early 2001, the Max Planck Institute of Molecular Cell Biology and Genetics (MPI-CBG) was officially opened in Dresden-Johannstadt. How has it evolved?

Our institute became the nucleus of life sciences in Dresden and contributed decisively to the Saxon biotechnology initiative. Very quickly, it generated tremendous attraction; other research institutions came to settle in the surrounding area; new chairs and professorships were created. The Federal Government, the Free State as well as the City of Dresden have invested a lot of money into biosciences. It turned out to be a great success. Without the MPI-CBG, it wouldn’t have been so easy to achieve this strength in research.

In your opinion, what characterizes the life sciences venue Saxony today?

After a rapid development, our research activities have reached a global level and are internationally recognized and acknowledged today. Life sciences play a key role in the strategy for excellence launched at Dresden University of Technology (TU Dresden). Being better than others is, though, only successful through cooperation. The technical university, the university hospital, Max Planck, Fraunhofer, and Leibniz institutes, the Helmholtz center, and many other facilities – they all form a multidisciplinary community and provide superb conditions for research. This is strengthened even further by supporting such clusters of excellence as the Center for Regenerative Therapies Dresden (CRTD) and, most recently, the “Physics of Life” cluster. This quality attracts excellent scientists because the best brains go where something of substance exists already.

How was your own scientific work influenced by the environment?

My area of research encompasses the cell membrane and lipids as its most important components. In cell research, lipids had been a neglected topic for a long time. We’ve occupied this niche in Dresden, pooled globally unique knowledge here, and educated young researchers in this field. It is from this accumulated expertise that my research activities also benefit.

After your time at the MPI-CBG, you continued to stay in Dresden and founded a company, the Lipotype GmbH, at almost age 75.

For me and my colleague Andrej Shevchenko, Dresden was the right place for setting up a lipid center. Those who have founded a business here will get more attention and will have better opportunities to stand out from the crowd than, for example, in Boston where there is much more competition. The Biopolis Campus Dresden Johannstadt offers ideal prerequisites for startups; however, for further growth, new areas are necessary and required.

I really enjoy living in Dresden. There’s a lot of space in the city, and the surrounding area is very beautiful. Students and young researchers with their families and children will also find a pleasant and stimulating environment here.

The Finnish physician and biochemist Prof. Dr. Kai Lennart Simons, born 1938, came to Dresden in 2001 to establish the new Max Planck Institute of Molecular Cell Biology and Genetics. He had previously worked as a scientist at the University of Helsinki, the Rockefeller University in New York, and the European Molecular Biology Laboratory (EMBL) in Heidelberg. He received numerous awards for his contributions in cell biology. His latest research focuses on the organization and function of cell membranes. It is here where he established the concept of “lipid rafts” as an organizational principle of the cell membrane.

Since 2012, Kai Simons has been the Managing Director of the biotechnology enterprise Lipotype GmbH which he founded himself in Dresden. The company is working on the continued development of lipid analyses for clinical and industrial applications. Customers use analysis services for the development of new products, for example, in the sectors clinical diagnostics and drug development. 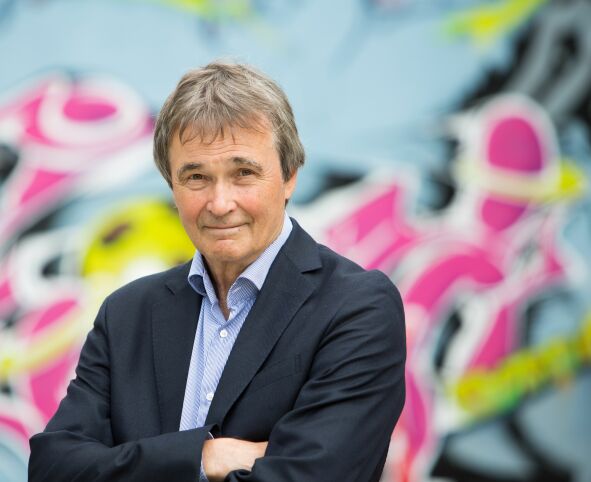