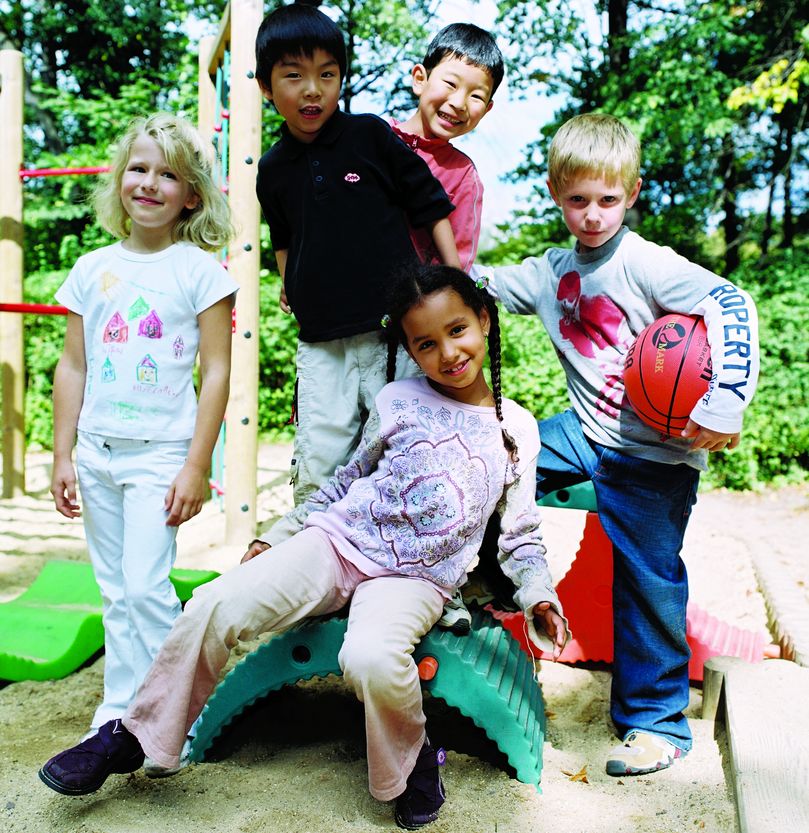 Maintaining a sound work life balance is an important topic in Saxony. Here, it’s possible for young families to flexibly reenter their professional careers thanks to the full-time care of their children.

For example, the care of children under the age of five is guaranteed by nursery schools and, at a later stage, children’s day care centers. Saxony has one of the highest child care rates in all of Germany – the proportion of children aged 3 to 5 years in care related to all children of the same age group is 94.9 percent. The German average amounts to 93.0 percent.

School-aged children up to the fourth grade can be enrolled in day care centers during the afternoons.

In 2019 as well, Saxony defended its first place in a comparison of the educational systems of all German federal states – already for the fourteenth time in a row now! This was reported by the Education Monitor 2019, a comparative study conducted by the Cologne Institute for Economic Research (IW) on behalf of the Initiative for a New Social Market Economy (INSM).

Saxony scored high points in most of the 12 fields under investigation. Saxony achieved the top position with a total of 68 points.

Saxony has high rates of full time education and supervision in children’s day care centers and primary school Grundschulen. For example, 87.3 percent of the primary school Grundschule pupils in the Federal State (German national average: 41.6 percent) attended either the Offene Ganztagsschule (an all-day school providing traditional part time education and additional voluntary afternoon care programs) or the Gebundene Ganztagsschule (an all day school consisting of lessons which are distributed over the day while the entire daily program – also referred to as rhythmitized daily routine – is compulsory for all pupils). This is the second highest rate of all federal states. With 73.8 percent, the proportion of pupils at Ganztagsschulen all day schools at the Secondary Level I was also significantly above the average (the German national average: 44.8 percent).

In addition, 11 percent of the staff in child care facilities held a university degree (the German national average: 7.1 percent).

The superb prerequisites for improving social participation really pay off when it comes to the objective of preventing educational deprivation. Educational research focusing on reading skills revealed that the risk group is relatively small in Saxony. The proportion of those pupils who attend 9th grade and who have only very limited reading skills is, thus, particularly small in Saxony. When it comes to reading, Saxony got the highest score among all German federal states and in mathematics, the second-best score.

Data base of schools in Saxony (German)

Saxony has 1,288 public and 228 general educational schools which are funded independently. In the school year 2018/2019, 373,241 pupils attended these schools. This is an increase of 6,451 pupils (2 percent) when compared to the previous school year. The secondary level Oberschulen had 110,553 pupils and secondary level Gymnasien had 99,215 pupils.

Saxony’s pupils are instructed by 30,791 full time and/or part time teachers. Compared to the previous school year, this is an increase of 689 teachers, which translates into 2 percent.

Leipzig International School (LIS) was founded in 1992 for a small group of children coming from immigrant families. Today, the school welcomes more than 850 pupils from about 60 countries. Since 2014, a children’s day care center – the Early Childhood Centre – has also been a part of the LIS. In its Grundschule (Primary School), lessons are taught in line with an international curriculum (International Primary Curriculum) which is geared towards the British school system. In its Gymnasium (Secondary School), pupils are instructed in Grades 6 to 10 according to the Cambridge courses for IGCSE (International General Certificate of Secondary Education) and in Grades 11 and 12 according to the IB (International Baccalaureate) curriculum.

Dresden International School (DIS) is a private (registered association) international all day school in Dresden which provides instructions in English. The officially accredited IB World School was founded in 1996 and started its educational activities with 13 pupils. Today, more than 500 pupils from 40 nations are educated at the DIS. In line with the International Baccalaureate program, the DIS offers the “Primary Years Program,” the “Middle Years Program,” and the “Diploma Program” for pupils between age 3 and 19. After having successfully completed Grade 12, pupils have the opportunity of receiving the globally acknowledged international IB diploma and, in addition, also a high school diploma.

The Saxony International Schools (SIS) are a network of schools in the Chemnitz / Zwickau region which consists of ten independent schools today – including 3 primary school Grundschulen, 4 secondary level Oberschulen, 2 secondary level Gymnasien, and 1 secondary level vocational school Berufliches Gymnasium – with a total of more than 1,000 pupils. The establishment of a fourth primary school Grundschule and a third secondary level Gymnasium are already underway. The demand for general educational institutions which are designed to meet the requirements of today’s international educational and professional career paths is increasing all the time. The SIS pursues the objective of becoming IB World Schools so as to be able to prepare their pupils for the International Abitur (International Baccalaureate = IB) university entrance qualification.

"In 1995, we picked Freiberg as our new location; and the past 20 years have clearly demonstrated why this decision was the right one. Today, Freiberg is one of our most important production sites for 300-mm wafers. This is no coincidence because Saxony’s microelectronics tradition dates back many decades. And that’s precisely why we find those well-educated employees in this region whose competence and willingness to work hard have become the foundation for our economic success.