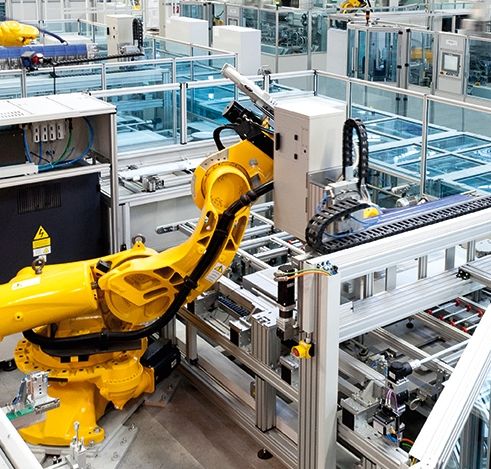 High performance photovoltaic modules „Made in Germany“ form the core business field of the Heckert Solar AG. The company, which was founded in 2001 and is based in Chemnitz, specializes in the production of polycrystalline solar modules of the most diverse performance classes and dimensions. The current NeMo®P module series was expanded by a 60-cell solar module in early 2014. The high performance PV modules are manufactured completely in Germany, in the highly automated production halls in Chemnitz. 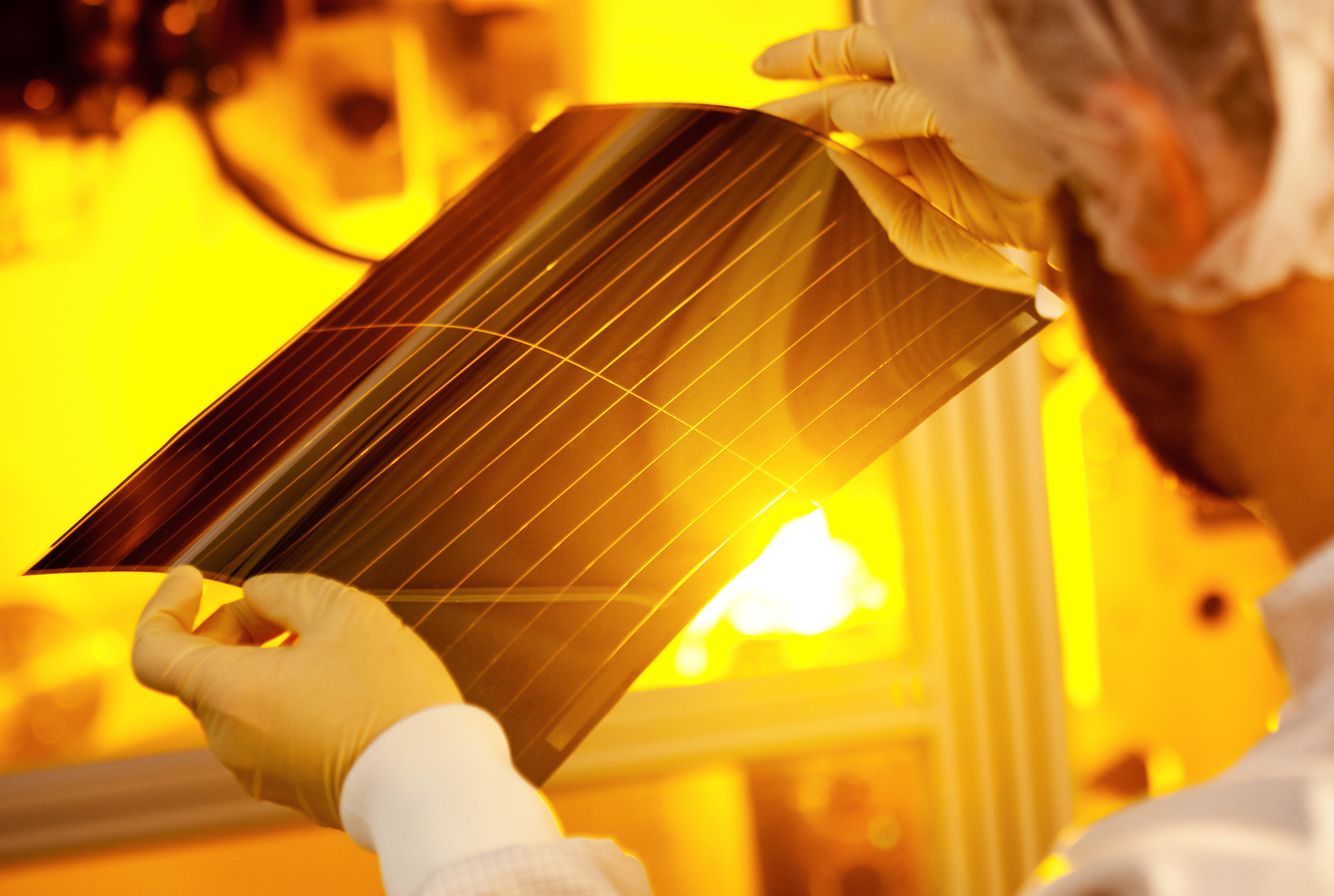 The global technology leader in the organic photovoltaics (OPV) sector, the Dresden-based Heliatek GmbH, is able to turn glass facades and panoramic cars roofs into energy collectors. With 6 percent, the company holds the world record in efficiency for flexible cells with a translucence of 50 percent. Initial pilot projects – for example, in China and Singapore – permitted Heliatek to successfully test the use of the Helia-Film® solar foil on building facades and roofs made of glass, concrete, and PVC membranes. HeliaFilm® is produced with a globally unique roll-to-roll process in Dresden.

The product portfolio of the AUMA Drives GmbH in Coswig includes, for example, slewing gearboxes which are applied in the concentrated solar power (CSP) sector. The extremely compact and backlash-free worm gears are particularly suitable for precise positioning and adjustment tasks. They are needed to track the sun with the mirrors so that the reflected sun rays hit precisely the 5 meter by 5 meter absorber surface which is located up to 1,200 meters away. The highly concentrated sunlight reaches temperatures of up to 1,300 degrees Celsius. This heat is used for power generation with a steam turbine. AUMA Drives guarantees that its gearboxes remain lubricated for more than 25 years. 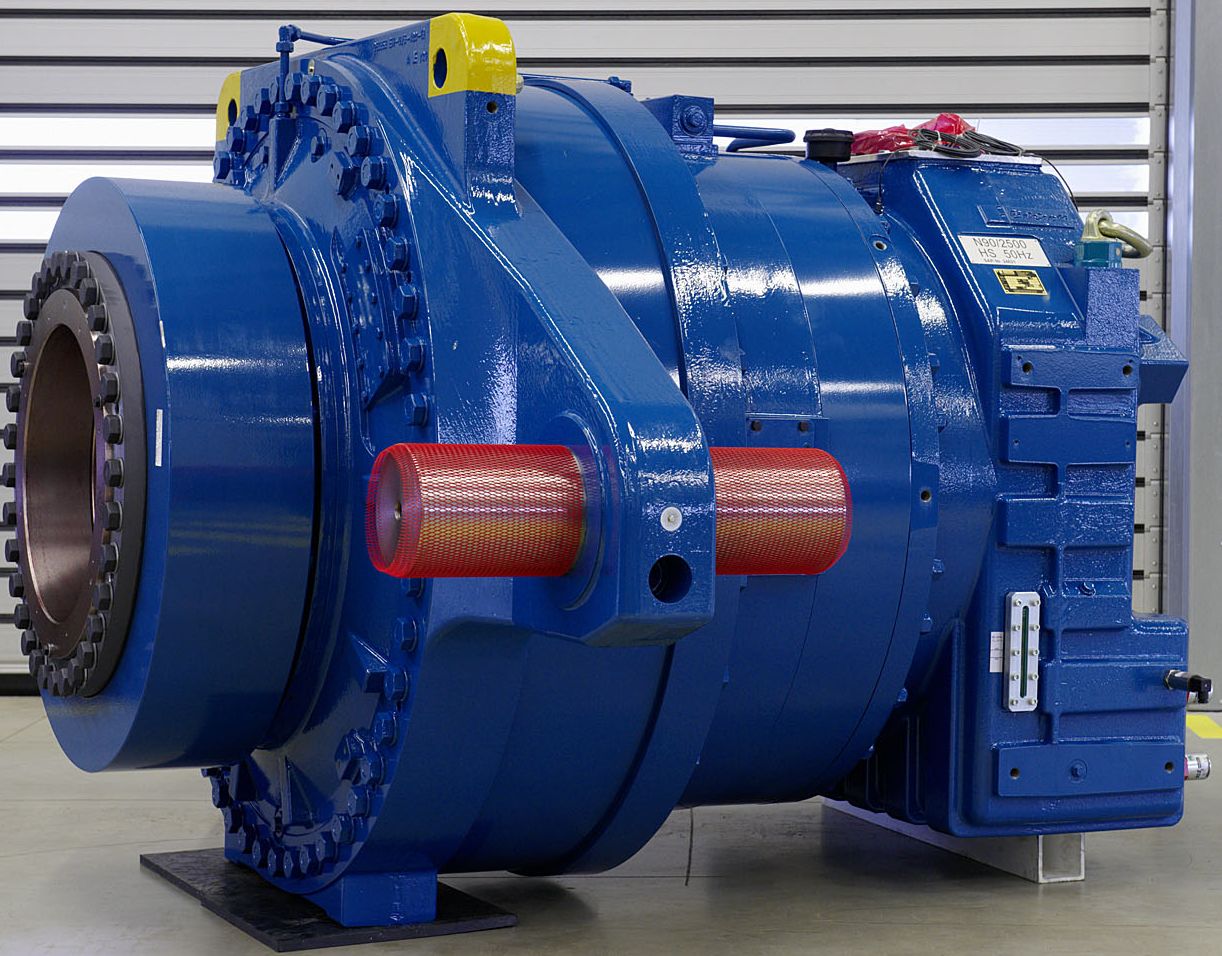 Since January 2009, the Eickhoff Wind Power GmbH has been producing components for gearboxes used in wind energy systems on the outskirts of Dresden. The company is a subsidiary of the Bochum-based Eickhoff Group. Gearwheels, shafts, planet carriers, and other components for wind turbine gearboxes of the EICOGEAR type are produced in large batches at the company’s state-of-the-art manufacturing and assembly plant in Klipphausen. With this product, the Eickhoff Group has been successful in the wind energy branch for many years now. EICOGEAR gearboxes are built in dimensions ranging between 2.0 megawatts and 3.8 megawatts. 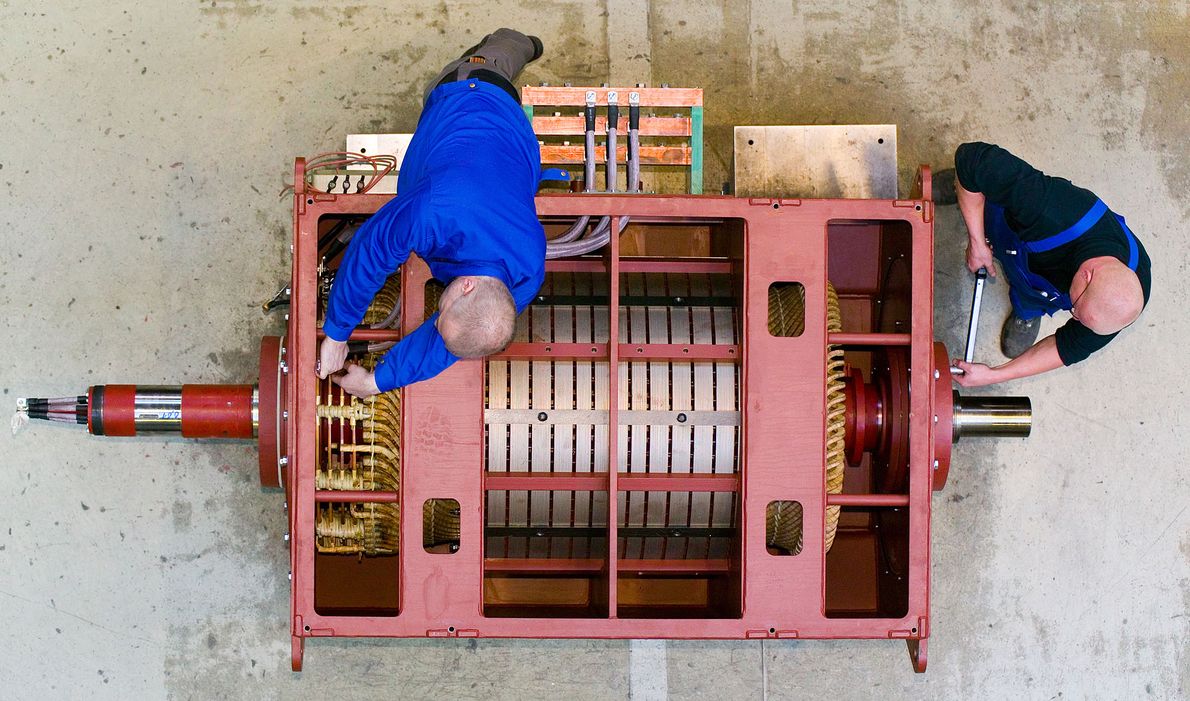 Generators and actuator drives for the wind power branch are delivered by Dresden’s VEM Sachsenwerk GmbH and Zwickau’s VEM motors Thurm GmbH; both are companies of the VEM Group. The manufacturer of medium and large scale machines develops and produces asynchronous and synchronous generators for wind turbines with power outputs ranging between 1 megawatt and 8 megawatts. The product spectrum of VEM motors Thurm in Zwickau includes actuator drives for wind turbines for azimuth and pitch gears as well as low voltage machines for hydraulic, oil, or cooling units. 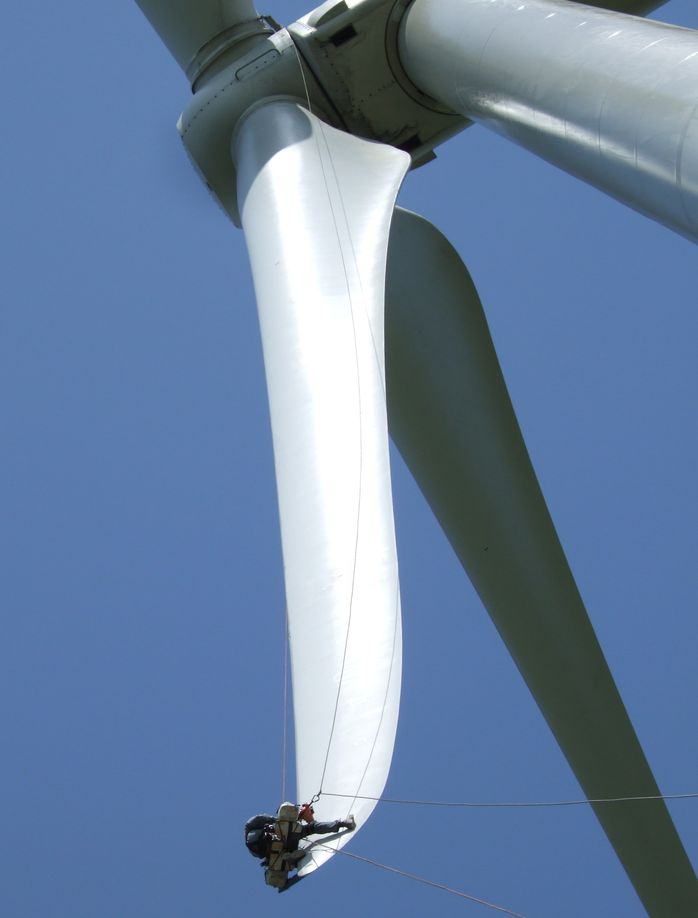 Located in Dresden, the cp.max Rotortechnik GmbH & Co. KG specializes in services revolving around rotor blades for wind turbines. In addition to maintenance, inspection, and repair, the service portfolio also encompasses the aerodynamic optimization, balancing, and photometric measurement of rotor blades. A specific rope-supported technique, which was developed by the company, in conjunction with mobile personal rope winches grants access to all rotor blade sections – from the blade root to the blade tip.

Headquartered in Dresden, the VSB Group is one of the leading providers for planning and implementing renewable energy projects. The company is active both at home and abroad and develops complete solutions for wind farms and photovoltaic parks. The services range from the selection of the right location and wind measurements to construction and commissioning all the way to technical and commercial operational management. Since 1996, WSB has built more than 650 wind power and photovoltaic plants with a project volume of approximately 1.4 billion euros. 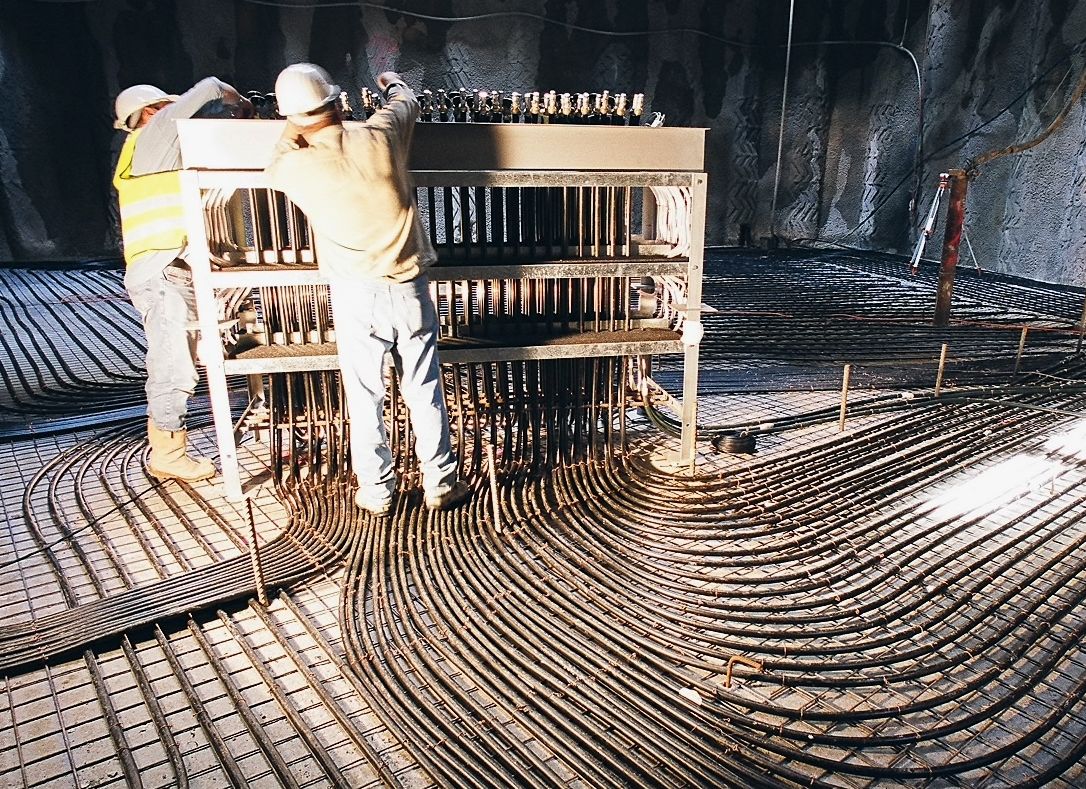 Systems for the use of near-surface geothermal energy are produced by the Gerodur MPM Kunststoffverarbeitung GmbH & Co. KG in Neustadt, Saxony – a subsidiary of the Swiss HakaGerodur Group. Its GEROtherm® geothermal systems are not only suitable for the extraction of geothermal energy (heating / cooling), but also for the discharge (storage) of excess heat into the ground. This requires the use of closed vertical or horizontal geothermal pipe systems and geothermal probes. The requisite distributors and collectors are also part of Gerodur’s product range. The pipe system for heat absorption and/or heat release consists of solid plastic (polyethylene (PE)), which protects it against corrosion, is certified, and has a life cycle of more than 50 years.

Since its founding in 2007, the Freiberg-based geoENERGIE Konzept GmbH has implemented more than 1,400 geothermal projects. The services provided by the company include the core areas consulting, planning, development, and monitoring of geothermal plants. The portfolio encompasses the computer- aided simulation of subsurface conditions, the design of probe fields as well as the implementation of geothermal response tests for the precise dimensioning of probe fields and well systems. The company also assumes the monitoring of geothermal plants during ongoing operations which helps detect incorrect configurations and identify optimization potentials. 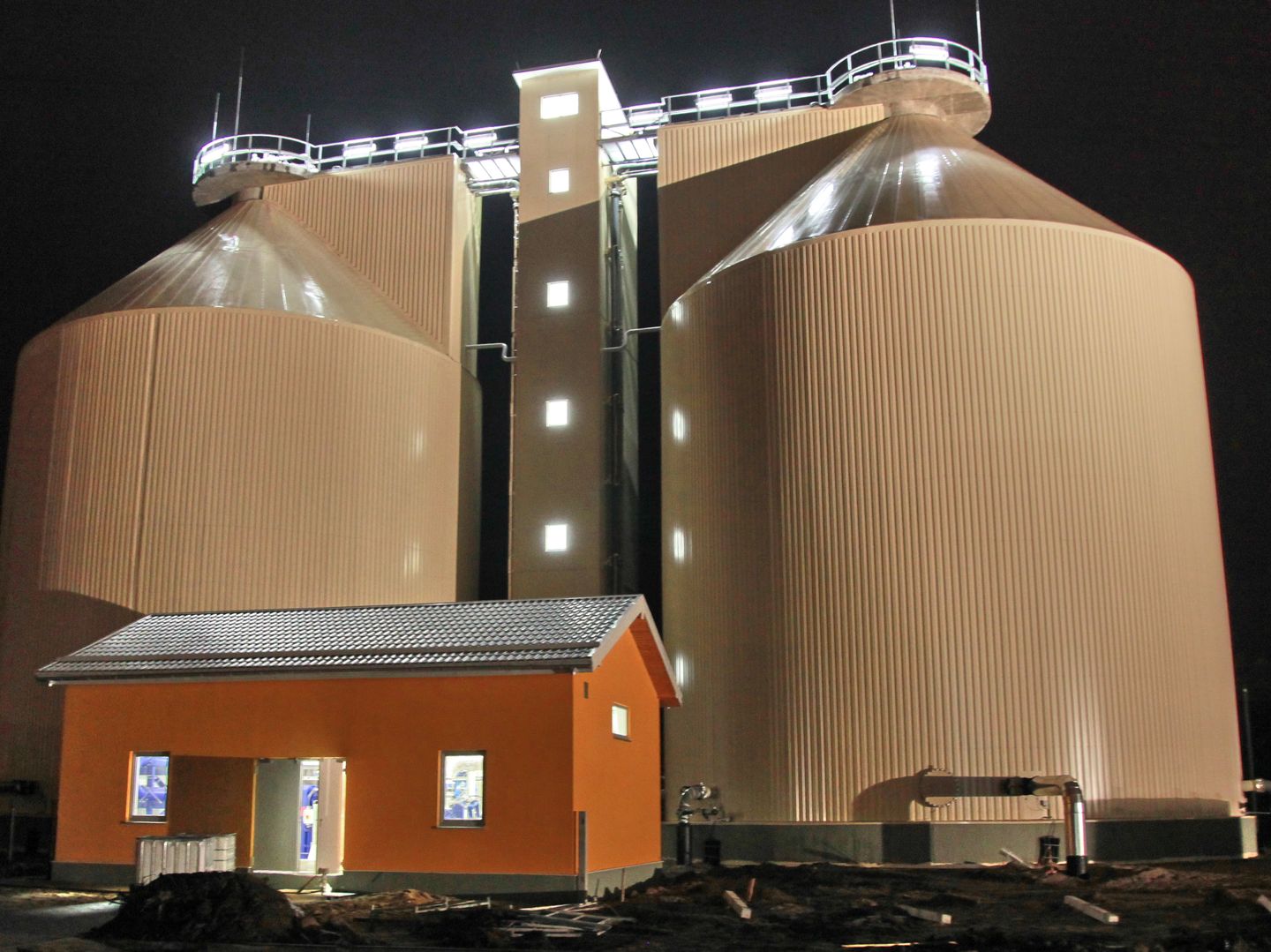 The Dresden-based GICON Bioenergie GmbH, a part of the GICON Group, develops, plans, and builds biogas plants. The company’s own in-house development, the GICON® biogas process, revolves around two-stage, dry-wet fermentation with separate hydrolysis. Compared to traditional procedures, it permits a better control of the biogas production while the methane content is 15 percent to 20 percent higher than that of conventional plants. The procedure is predominantly applied to the recycling of separately collected or separate organic waste as well as green waste and agricultural residues. The company possesses comprehensive knowledge and expertise also when it comes to the construction and operation of biogas plants with wet fermentation technology. For research and development activities, GICON has its own largescale technical lab. 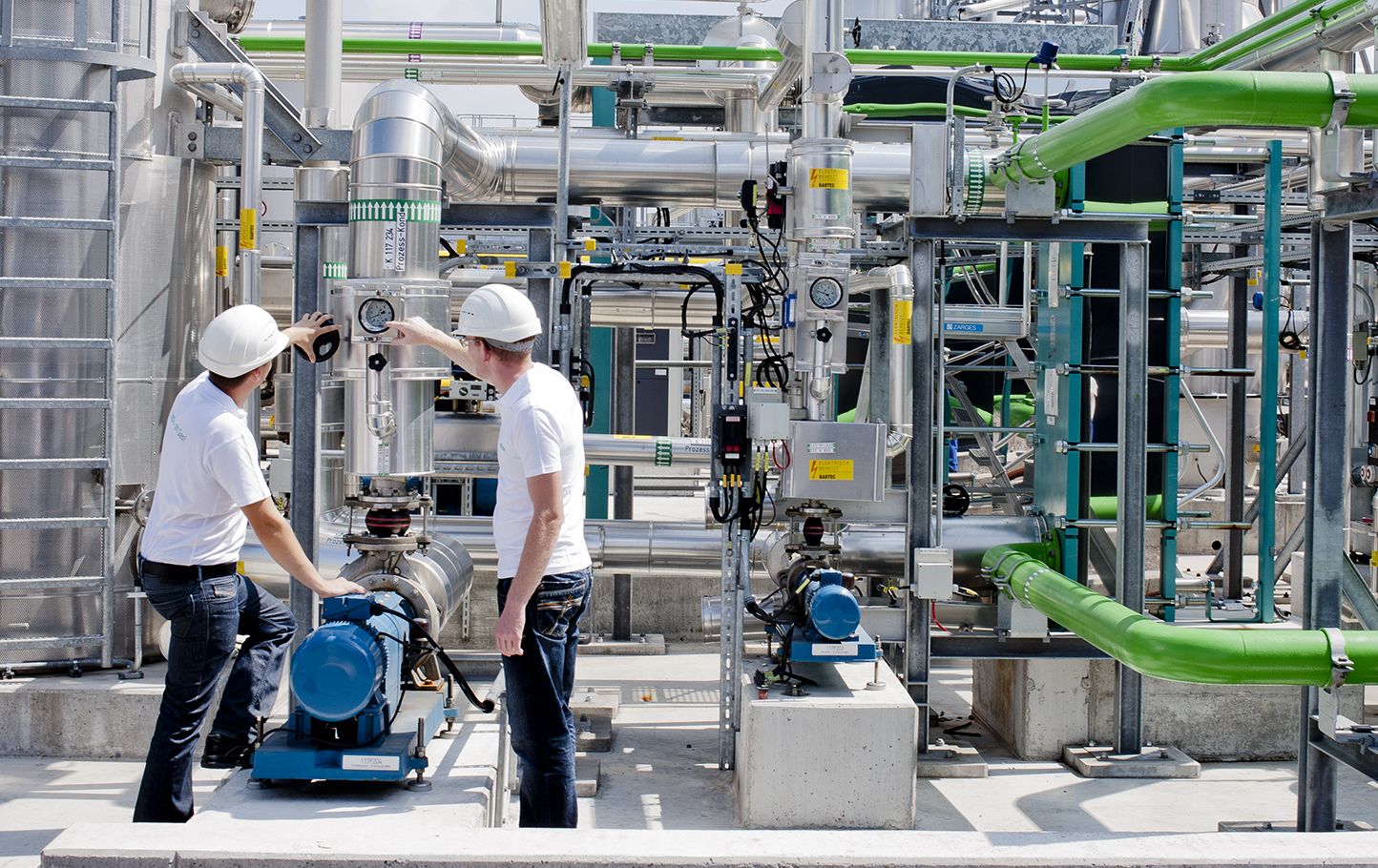 One of the leading, independent producers and suppliers of biofuels in Germany and Europe is the VERBIO Vereinigte BioEnergie AG. The holding’s administrative premises are located in Leipzig. At three locations, approximately 500 employees produce biodiesel, bioethanol, and biomethane at a large industrial scale. Thanks to the high energy and carbon dioxide efficiency of the facilities, biofuels emit up to 90 percent less carbon dioxide than gasoline or diesel. The company has developed an innovative procedure for biomethane production. With this method, twice as much energy can be generated from one hectare of land than is possible with conventional methods.